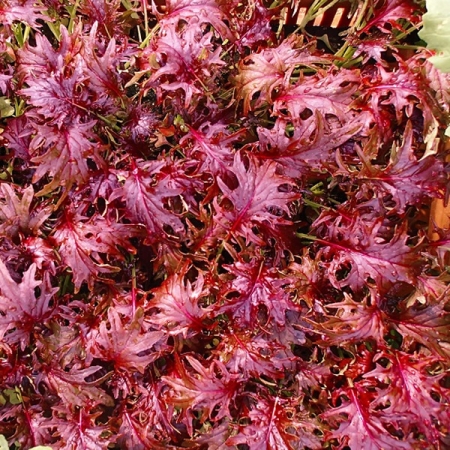 This variety is ideal for baby leaf crops and has a distinctive dark wine-red colour to its Red Russian style shaped leaves. The iron content is typically ten times higher than for other kale varieties.