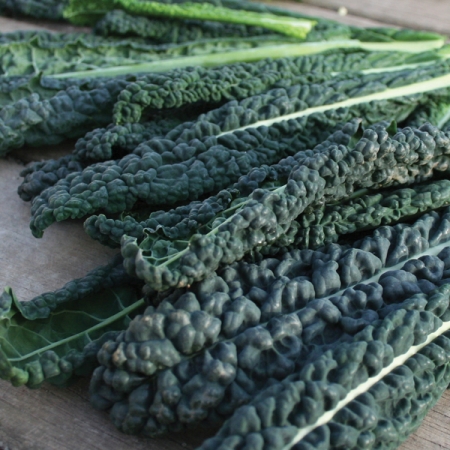 A very refined selection of Borecole Nero de Toscana more suitable for fine dining now that the tenderness has been well and truly included. Dark, rich looking and full of goodness and a treat when used lovingly