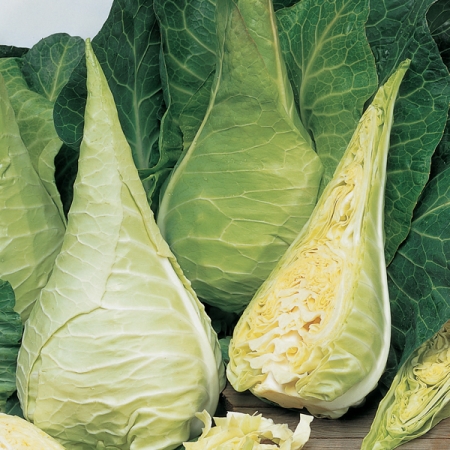 Astonishing ancient German origin from the region of 'Filder' just south of Stuttgart producing 7/8 kilo Cabbages with huge pointed ears and looking like an Eastern Minaret. The thin tender leaves are THE variety for shredding in salads, coleslaws or for sauerkraut.