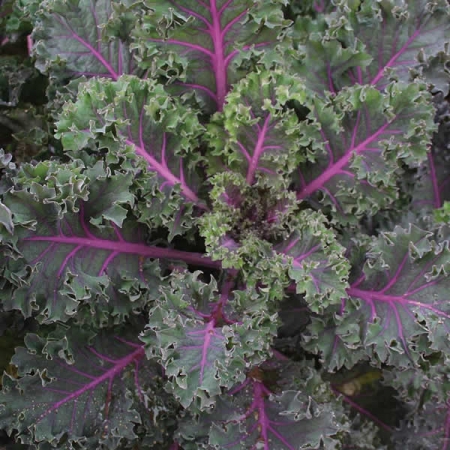 This stunning new Kale has sweet, green ruffled leaves with a striking pink vein running throughout. It is the best variety to use as a Baby Leaf but also works well as a mature plant too.

With excellent winter hardiness Kale is a useful winter to spring vegetable at a time when fresh garden produce is scarce.