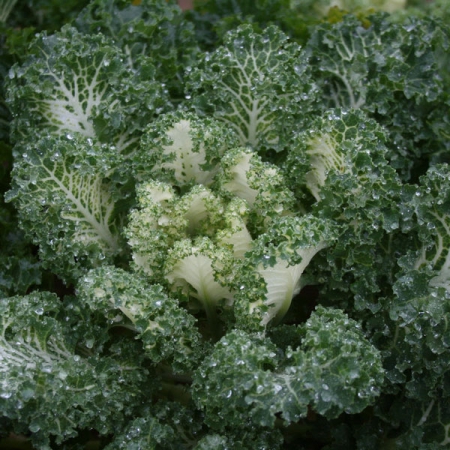 This new variety has probably the best eating qualities of all the Kales. The ruffled textured leaves have a contrasting white centre as they mature with a very sweet flavour and a crisp texture.

With excellent winter hardiness Kale is a useful winter to spring vegetable at a time when fresh garden produce is scarce.