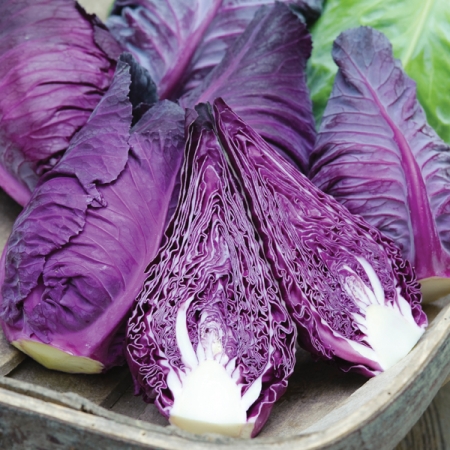 Having ressurrected this variety we have now gone one step further and given it a good overhaul. Smaller Cabbage with delicate leaves and much better for pickling and cooking. Retains its colour when cooked.