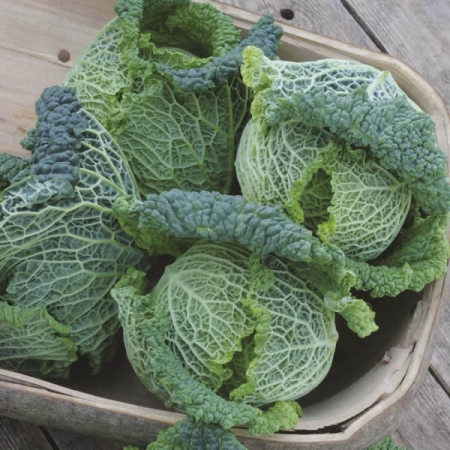 Quick growing Savoy with mini heads in as little as 71 days. The ideal Savoy for raised beds and the smaller garden.