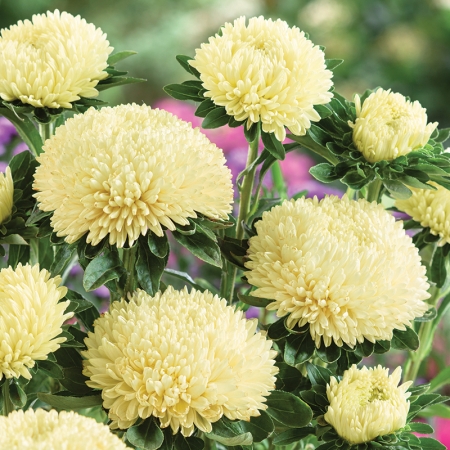 With delicious  5-6” creamy-lemon domed shaped blooms on strong cutting stems this new Aster is not only a wonderful cut flower, with a vase life of at least 2 weeks but looks perfect in the border too.  24”. HHA. 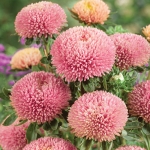 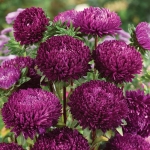