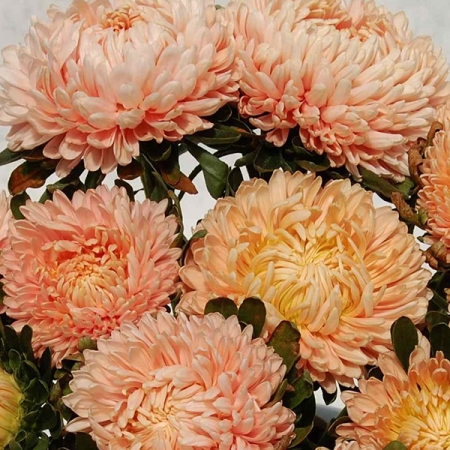 Introducing the crème de la crème of the Aster world, a beautiful new series of Cut Flower varieties which look more like Chrysanthemums. With amazing tightly packed 5-6” blooms, each plant can produce up to 10-15 enchantingly shaped flowers.

Cameo peach-pink probably best describes this exceptional colour which we fell in love with the moment we saw it. 25-30". HHA.