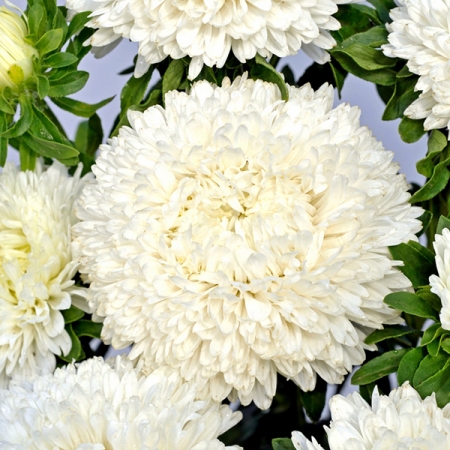 Aster Phantom Of The Opera

A lovely border plant as the simplicity of the pure white chrysanthemum-like flowers are so striking. Marvellous for flower arrangements and wedding bouquets too. 25-30”. HHA.

Variety: Phantom of the Opera