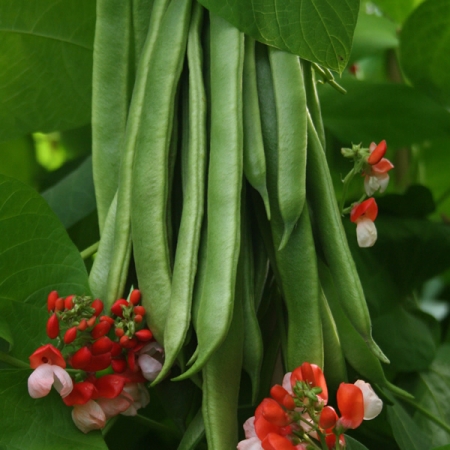 The first of its kind. A unique red and pink bicolour variety is the result of 15 years of breeding. Tenderstar combines the valuable characteristics of French Beans with those of Runner Beans resulting in a smooth stringless pod. Fruit are 8” long throughout the summer whatever the weather. 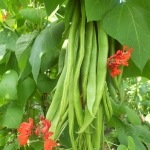 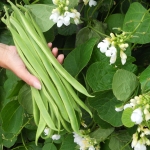