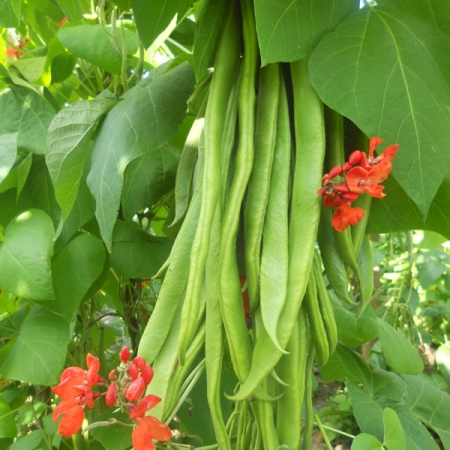 A fantastically modern variety, red flowered and self setting for which it has made a name for itself. Sweeter, stringless and a mighty good cropper. Highly recommended. (Pod length 25cms).