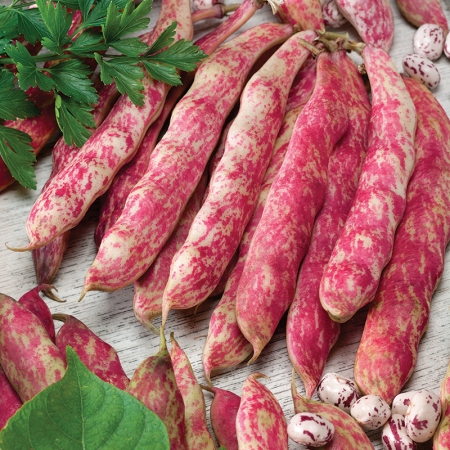 An improved Dwarf Borlotto variety producing a huge crop of colourful beans. Early to mature and performs well even in unfavourable conditions. Eat fresh or allow to ripen and shell for winter use.