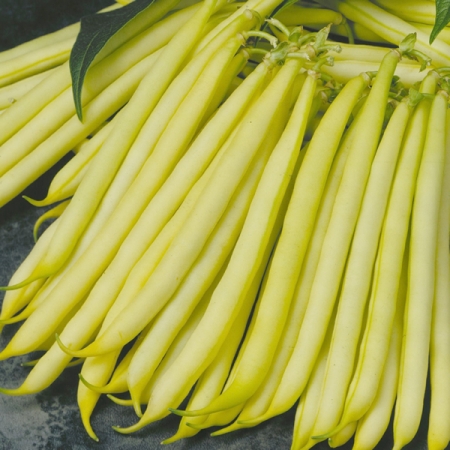 A beautiful high yielding and 'easy to pick' variety with straight golden yellow 13 cm pods. With a delicious flavour the beans are ideal used whole or sliced as a fine cut bean.