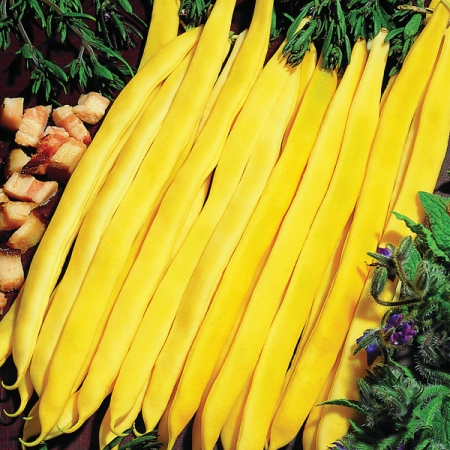 A lemon-yellow cousin of Blauhilde and equally as tasty. Another possible 'pigeon pair' and very attractive grown together. Stringless. 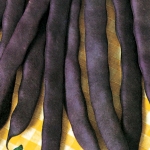