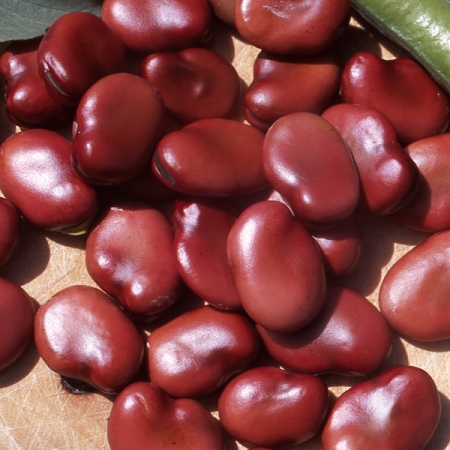 Useful Broad Bean still grown today in the face of modern varieties and has the added attraction of producing beaujolais red beans. Novel, unusual and adds a bit of colour to the plate. (Best steamed which normally protects the colour).