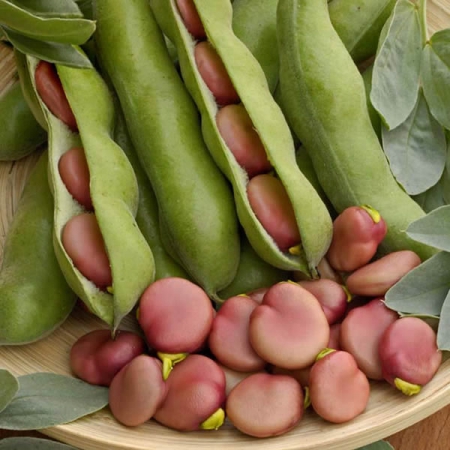 Unusual pink variety.    A 'must' for anybody wanting something a bit different.   This compact growing bean will produce a bountiful crop of tasty colourful beans.   (Best steamed which normally protects the colour).