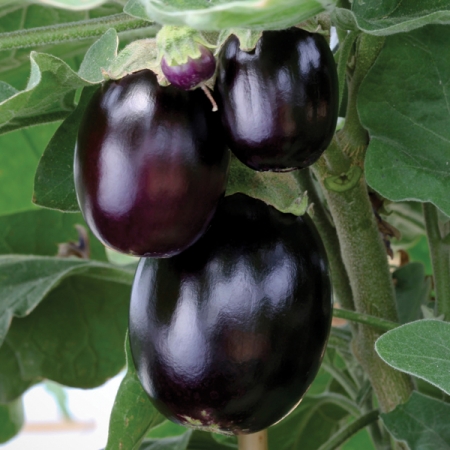 Prolific cropper over a long period. Aubergine Jackpot is early, vigorous and equally important, spineless. Ideally suited for the Lilliput Garden and equally at home in containers. Dazzling black fruit which can be harvested young as baby vegetables. An attractive and productive plant suitable for growing on a sheltered, sunny patio. 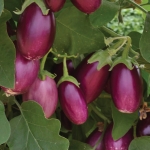