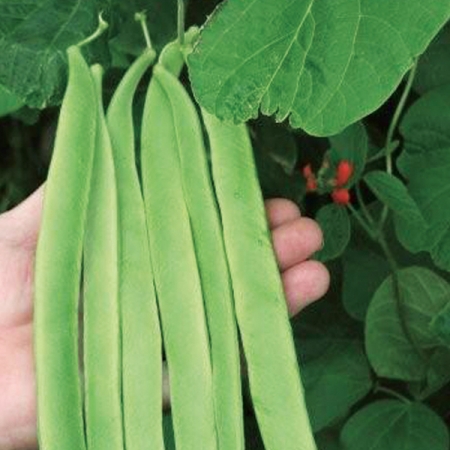 The very latest in Runner Bean production. Massive 1' long beans are freely produced throughout its life and qualify for exhibition purposes. Furthermore the beans can be picked in bunches! Add to that the cut flower potential, brilliant red and white bicolour flowers, and you've surely got a winner with the highest yields. This British bred bean cannot be recommended too highly! 2008 Wisley AGM.