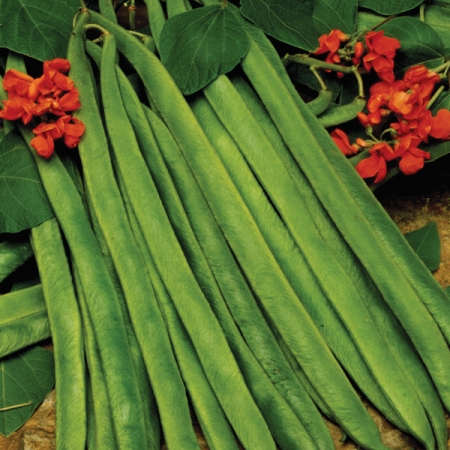 A direct relative of the most famour Scarlet Emperor which even today outsells everything else. This time however it's stringless and 2" longer. We cannot recommend this too highly and it is sure to be another winner in any sort of weather.