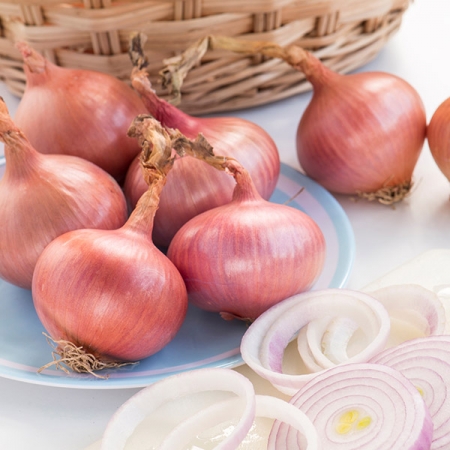 A brand new pink skinned Onion with delightful pink and white rings. A milder flavour than most red varieties it is perfect for slicing raw in salads and can also be used as a Spring Onion too.