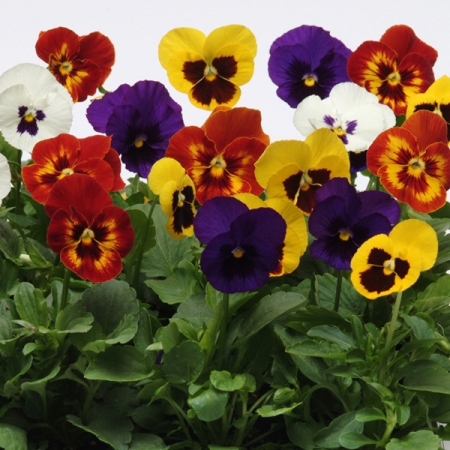 Until now we have always concentrated on offering very ‘special’ separate colours but after many requests for a good quality mixture we’re pleased to introduce Pansy Panola which we have found out performs most standard medium-sized varieties. It’s early flowering and well branched with compact plants in a eye-catching array of colours. Highly recommended. 6-8". HA.