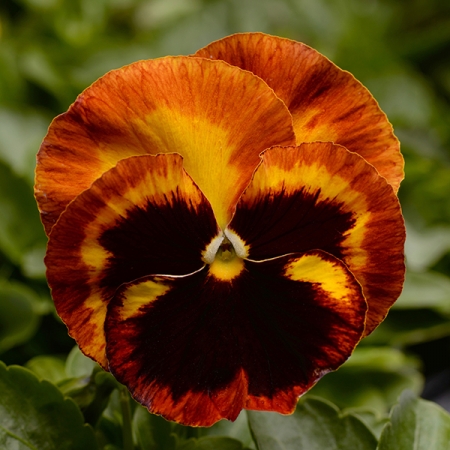 Bred to withstand hot long days when other Pansies are under stress. Hard striking colours are a solution in any part of the garden. Enormous Pansies approaching 4 inch in fiery orange and yellow.