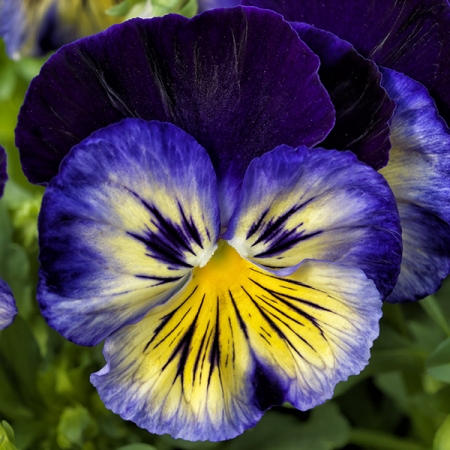 Cheerful, upright facing blooms are blue with a yellow face and distinct blue whiskers. Extra early and uniform flowering in the early Spring and an reliable Autumn flowering variety too.