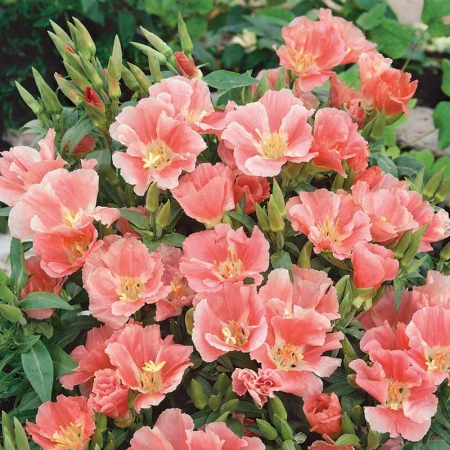 Old as the hills and with adorable soft salmon azalea-flowered blooms which fade to white at the petal edges.  This easy to grow annual is perfect for the border and makes a wonderful cut flower too.  1½’.  HA.

How to Grow Godetia from Seed

Sow outdoors, directly into flowering position, between March and May or September and October. Sow 0.5cm (¼") deep, directly into finely-prepared, well-drained soil, which has already been watered. Seedlings usually appear in 14-28 days. Thin seedlings to 20cm (8") apart. For a longer lasting display, make a later second sowing. Water well until plants are established. Sow in curves, rather than straight lines, for a more pleasing effect. Late summer and autumn sowings will flower the following year, often earlier than spring sowings. Flowers: June-September.