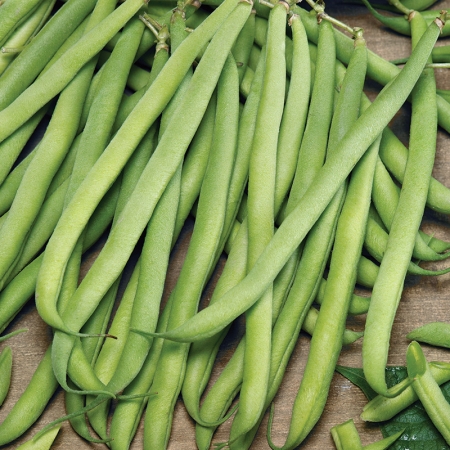 A new variety of very fine dark green stringless beans with 12-14 cm long straight pods and with an outstanding flavour and garden performance.