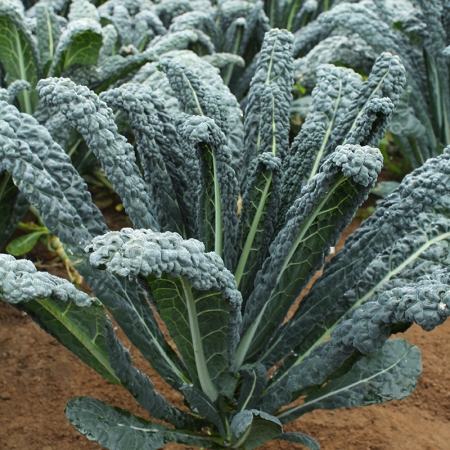 With a traditional Cavalo Nero flavour this F1 Hybrid has an excellent resistance to cold weather and bolting. The thin, dark and well textured leaves are perfect for bunching and can be picked as tender baby leaves.