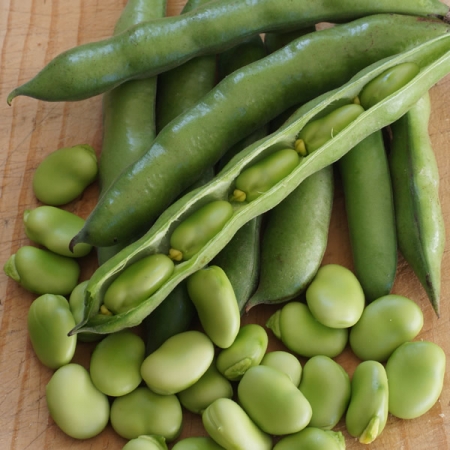 Unique in that it's as dwarf if not dwarfer than The Sutton but this variety has Sherwood Green beans as opposed to the usual white. Grows even earlier in a pot and looks particularly appetising on a plate.