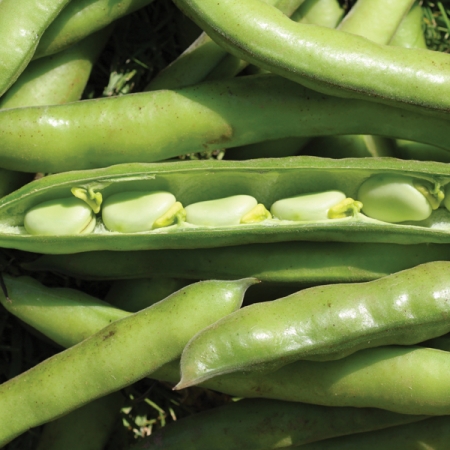 Early high yielding variety packed with flavour and because a high proportion of beans on the same plant mature together, a meal can be had from one or two plants only. 2'6".