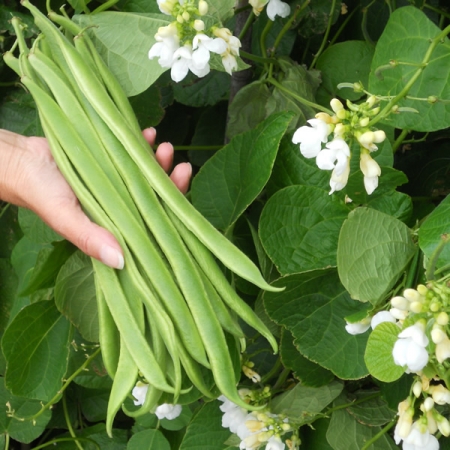 A true sister variety of Firestorm but with white flowers and still maintaining the self setting tendency. Grow the two together for comparison and create an attractive sight as well. (Pod length 30cms.)