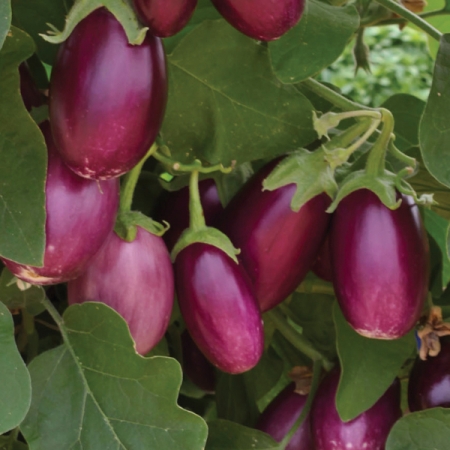 Dwarf aubergine, attractive and compact variety. Jewel-like amethyst lavender colour with masses of fruit on a small plant. Spineless and a perfect Gro-Bag or container candidate. Add to that the purple flowers and silver foliage and you've got an edible gem. 22". 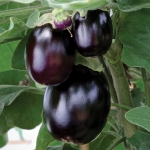