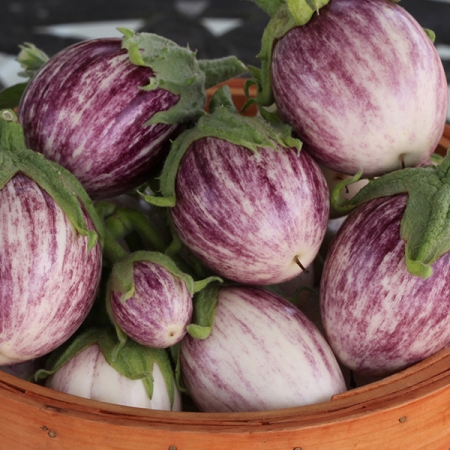 Very appealing Baby Aubergine dressed in white with a purple pinstripe overlay. Definitely a patio or container variety and is a very majestic looking plant as a whole! We liked it.