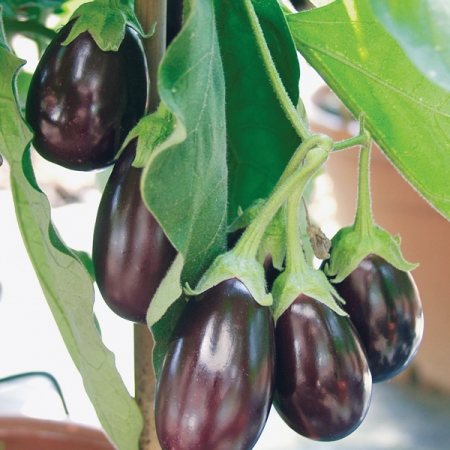 The perfect 'Gro Bag' candidate. Small Eggplants in clusters of 3 festoon the bush and are a rich purple black in colour. The more you pick the more it seems to grow. Adorable and very early being a mere 55 days. Pick when no more than 50gms. 55 days from transplanting.